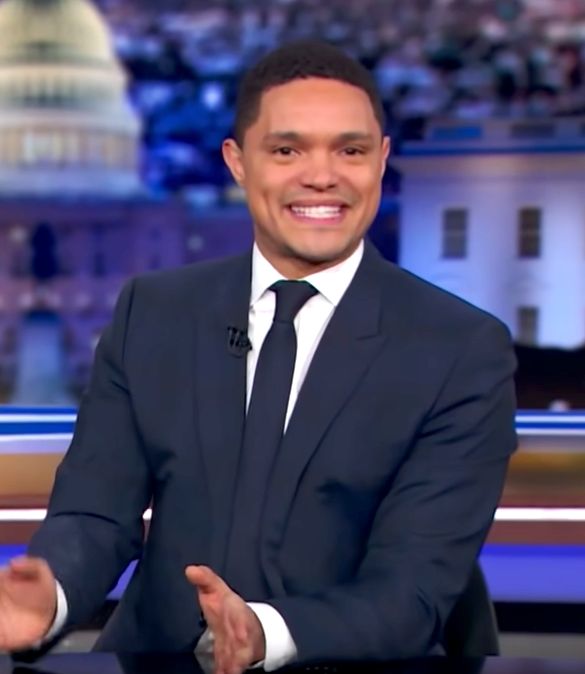 In a news conference Sunday, the president announced the death of the leader of the self-described Islamic State, the result of a successful U.S. special forces operation in northwestern Syria.

On Monday, Noah ran through the president’s comments, including his narration of the special forces’ entrance to Baghdadi’s compound.

“If you’re a normal person, you say knock knock, may I come in? The fact is that they blasted their way into the house and a very heavy wall, and it took them literally seconds,” Trump had announced in his speech.

“Yes, yes,” Noah mocked. “Instead of knocking on the door and asking ISIS if they could come in, the special forces instead chose to blow a hole through the wall, which must have been traumatizing for Trump to watch.”

“He was just sitting there like, ‘No, why did you damage that beautiful wall? … Now Mexicans are going to pour into al-Baghdadi’s house and take all ISIS’ jobs.’”

Noah also pointed out Trump’s “mixed messages” about dogs in the speech.

Check out the clip below for the rest of Noah’s roast:

Trump announces the killing of ISIS leader al-Baghdadi, then manages to turn the whole thing into a dick-measuring contest with Obama. pic.twitter.com/aWdgnkjyEx