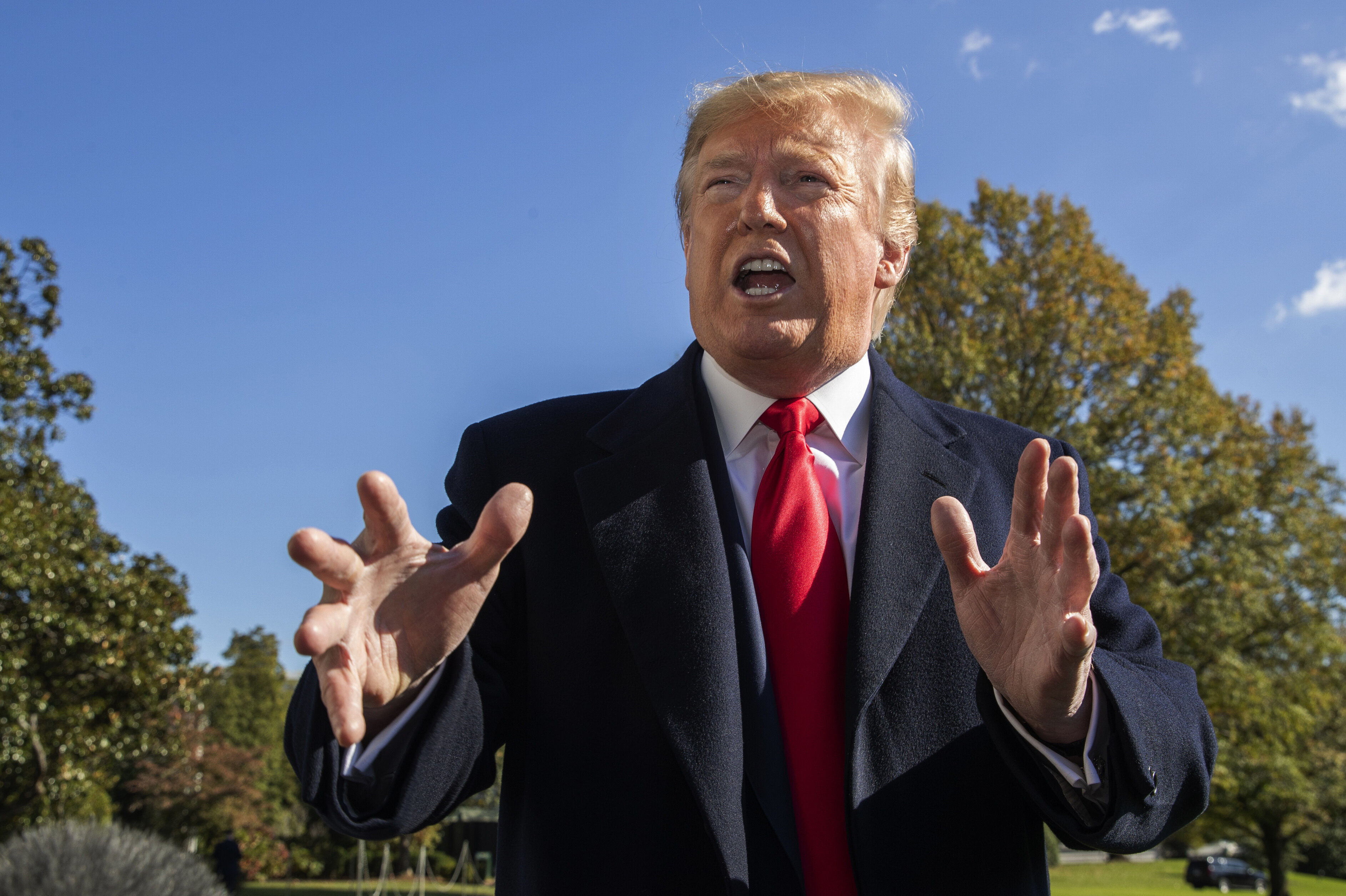 President Donald Trump on Sunday dismissed polls from several major media outlets showing that nearly half of Americans support his impeachment and removal from office.

“I have the real polls,” he told reporters gathered outside the White House. “The CNN polls are fake. The Fox polls have always been lousy; I tell them they ought to get themselves a new pollster.”

A Washington Post-ABC News poll released Friday found that 49% of U.S. citizens are in favor of Trump’s ouster. On Sunday, Fox News released a poll with the same number, as did NBC and The Wall Street Journal in a joint survey. All three polls were conducted at the end of October.

But Trump scoffed at the idea that the public wants him out, claiming that “people don’t want anything to do with impeachment.”

Looks like Trump saw the new Fox News poll that shows his approval rating dropping and half the country wants him impeached and removed:

“The Fox polls have always been lousy. I tell them they ought to get themselves a new pollster.” pic.twitter.com/SrBWi7wSdZ

Trump has repeatedly demanded that the member of the intelligence community who flagged his July 25 phone call with Ukrainian President Volodymyr Zelensky be revealed. Andrew Bakaj, one of the lawyers for the still-anonymous individual, has contended that his client is “entitled to anonymity.”

The conversation between the two presidents is at the heart of House Democrats’ impeachment inquiry. A summary of the call showed that Trump pressed Zelensky for assistance with a corruption probe of former Vice President Joe Biden and his son based on unfounded allegations. At the same time, American military aid was being withheld from Ukraine, raising alarm over the possibility of a quid pro quo.

However, the whistleblower isn’t the only one who reported Trump’s call.

Last week, the National Security Council’s leading Ukraine expert, Lt. Col. Alexander Vindman, appeared before congressional investigators with firsthand information about the discussion, according to his prepared statement obtained by obtained by HuffPost. Vindman reported the call, he said, because he was concerned that it could “undermine U.S. national security.”

While Americans are split fairly evenly on whether impeachment is the right move, the divide is far more stark along partisan lines.

McDonald’s CEO Steps Down After Relationship With Employee