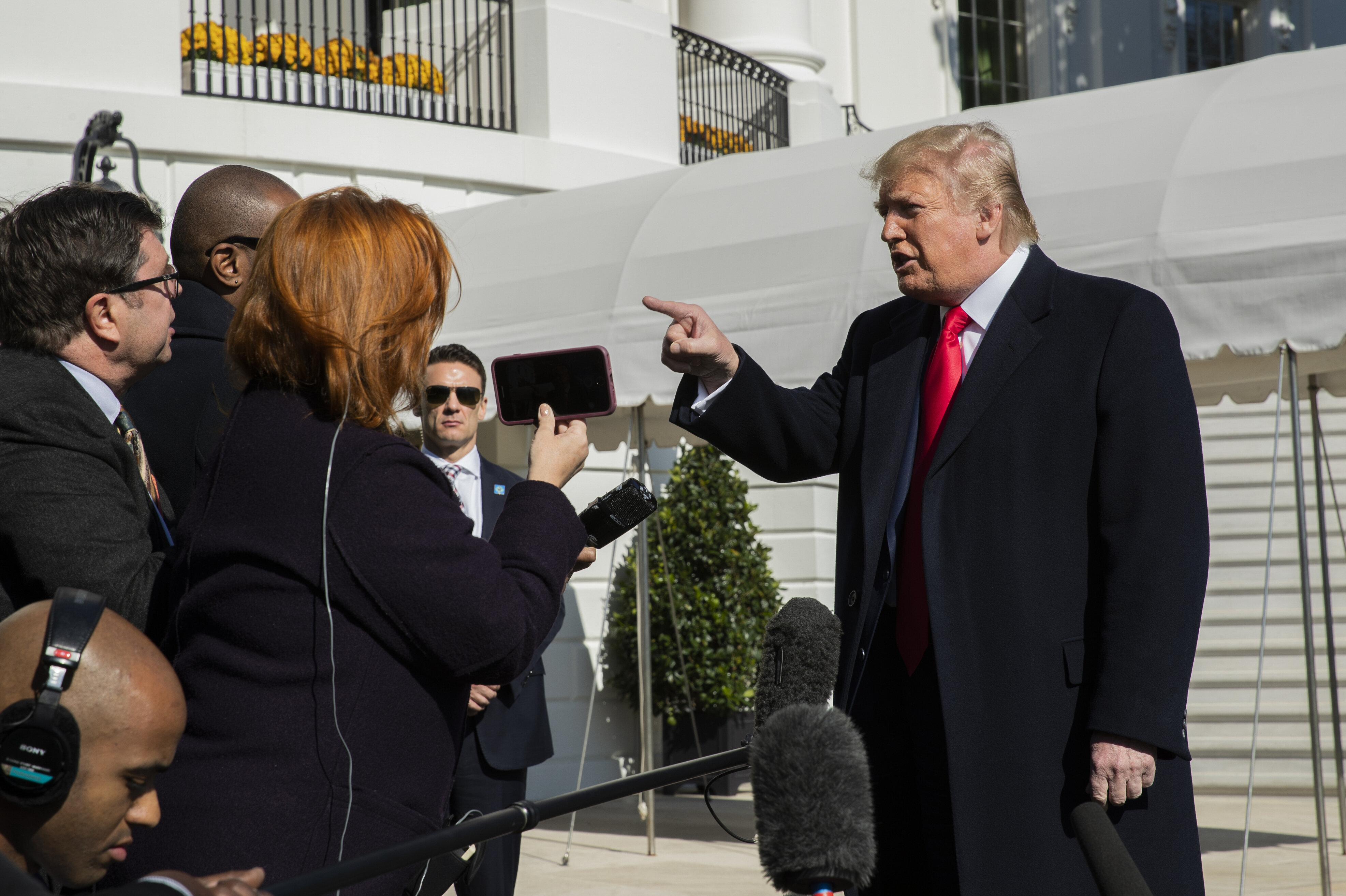 As Trump spoke to the press outside the White House on Sunday, he interrupted a journalist who had begun a question by citing “several recent polls,” which the reporter said showed “more Americans want you to be impeached and removed from office than the number of Americans who don’t.”

“You’re reading the wrong polls,” Trump repeatedly interrupted. “I have the real polls.”

“The CNN polls are fake,” he declared. “The Fox polls have always been lousy. I tell ’em they oughta get themselves a new pollster. But the real polls, if you look at the polls that came out this morning, people don’t want anything to do with impeachment. It’s a phony scam. It’s a hoax.”

The Fox News poll, released Sunday, found that 49% of voters wanted Trump impeached and removed from office, while 41% opposed impeaching him. Notably, they also found that among those opposed to impeachment, 57% said that nothing could change their minds.

A Washington Post-ABC News poll released Friday found the same number of voters in favor of impeachment, as did an NBC-Wall Street Journal survey.

Last month, Trump launched a Twitter attack on Fox News’ last poll ― which showed that 51% of registered voters favored impeachment ― saying “whoever their pollster is, they suck,” and claiming he had “NEVER had a good Fox News poll,” despite regularly tweeting about favorable polls from the network.

From the day I announced I was running for President, I have NEVER had a good @FoxNews Poll. Whoever their Pollster is, they suck. But @FoxNews is also much different than it used to be in the good old days. With people like Andrew Napolitano, who wanted to be a Supreme….

Despite the network’s reputation for being friendly to Trump, Fox News polls have long been considered highly reputable and nonpartisan by political polling experts. Its pollster achieved an “A” rating from statistical analysis site FiveThirtyEight for its methodology and historical accuracy.

Trump: ‘Nothing Wrong’ If There Was A Quid Pro Quo, But I Didn’t Ask For One