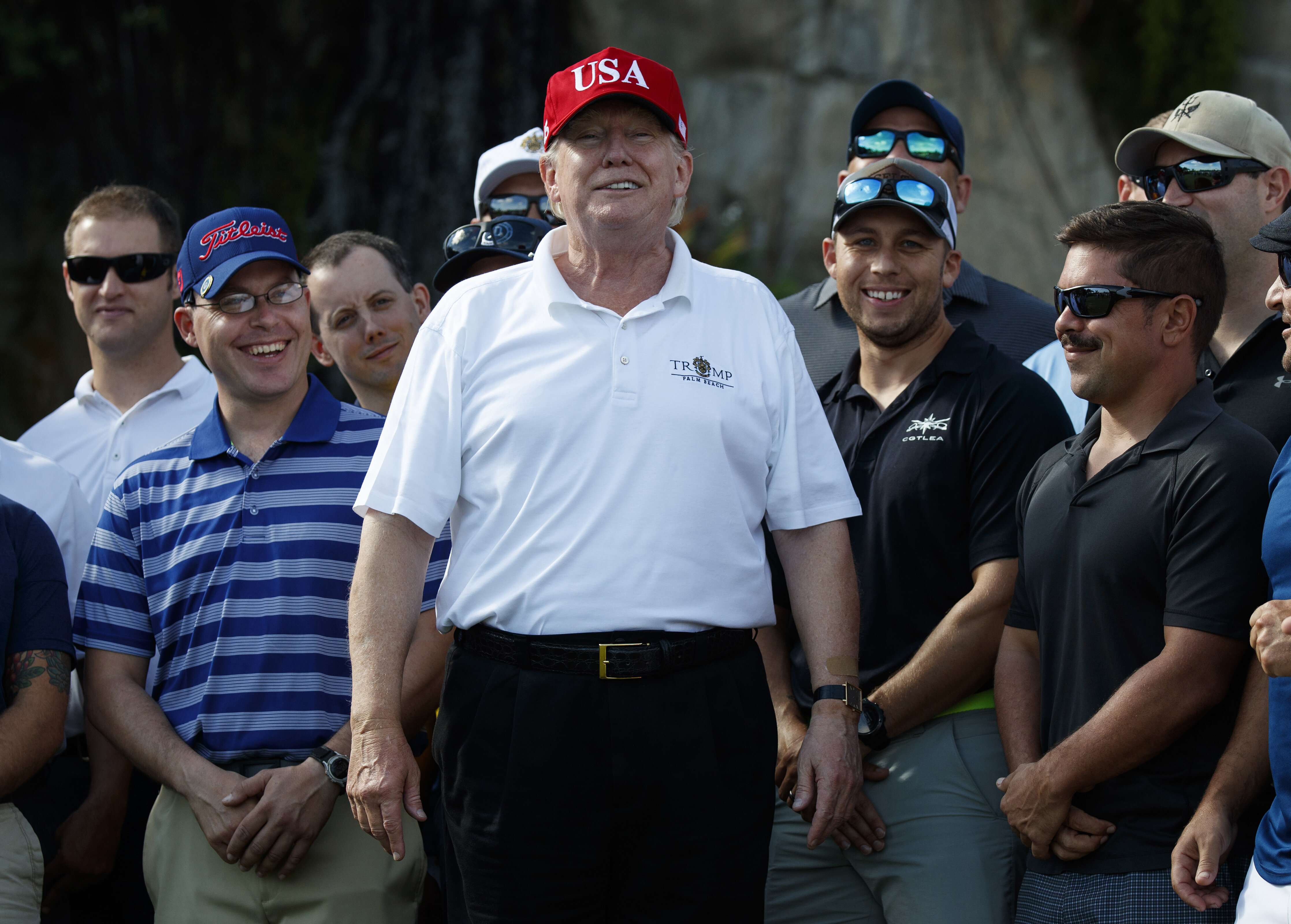 Trump announced Thursday in a string of tweets that he was saying goodbye to his lifelong home of New York and moving his permanent residence to sunny Florida ― prompting elation from jokesters on Twitter.

Trump’s announcement came following the publication of documents obtained by The New York Times, which showed that the president and first lady Melania Trump had formally filed in September to change their permanent home from Manhattan’s Trump Tower to their private residence at the Mar-a-Lago resort in Palm Beach.

“The White House is the place I have come to love and will stay for, hopefully, another 5 years,” Trump began his tweet. “But my family and I will be making Palm Beach, Florida, our Permanent Residence.”

He went on to say that, though he cherishes New York and its people and “despite the fact that I pay millions of dollars” in taxes, he felt he had been treated “very badly by the political leaders of both the city and the state.”

1600 Pennsylvania Avenue, the White House, is the place I have come to love and will stay for, hopefully, another 5 years as we MAKE AMERICA GREAT AGAIN, but my family and I will be making Palm Beach, Florida, our Permanent Residence. I cherish New York, and the people of…..

….New York, and always will, but unfortunately, despite the fact that I pay millions of dollars in city, state and local taxes each year, I have been treated very badly by the political leaders of both the city and state. Few have been treated worse. I hated having to make….

….this decision, but in the end it will be best for all concerned. As President, I will always be there to help New York and the great people of New York. It will always have a special place in my heart!

According to the Times, a source close to the Trumps said the decision was likely for tax purposes, which Trump himself alluded to in his tweets.

Residents of Florida pay significantly lower income taxes than New Yorkers, and there is no state income tax or inheritance tax.

The announcement kicked people on Twitter into a comic frenzy, referencing the classic “Florida Man” ― an iconic meme about men living in Florida who get caught in unusual crimes or events (often involving alligators), and the subsequent headlines about those stories.

Here’s a roundup of some of those tweets. Even the official “Florida Man” Twitter account came out of retirement to chime in:

Trump is the archetypal Florida Man, so this is only logical – I look forward to him throwing an alligator through a Wendy’s drive-through window and/or painting anti-Hillary messages on crabs (both real Florida Man stories!) https://t.co/d3Zju17gH8

Trump just filed residency papers for Florida. Soooooooo perfect. Every “Florida man” news story from now on is about Trump.

Trump will someday be the King of the Florida Men!

You know, the “Florida Man” internet meme about men who live in Florida and appear in news headlines after being involved in unusual crimes or events occurring in Florida. Trump will fit right in then rise to the top. pic.twitter.com/sccbq578e7

Florida Man is trending on Halloween night….dare I look to find out why? pic.twitter.com/TyXvfQYSu8

So trump was #FloridaMan this whole time.

I feel like when someone figures out The Green Goblin is Normsn Osborne. It was right in front of us the whole time. https://t.co/AB5k7fGZzp