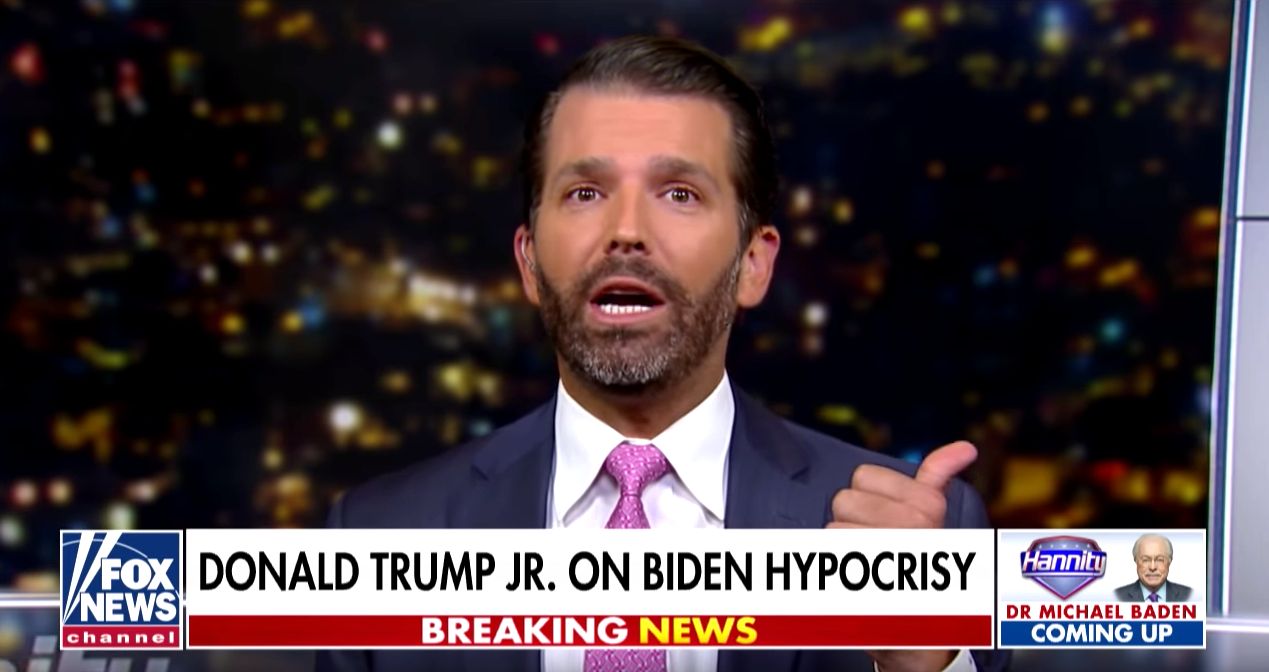 Donald Trump Jr. says he wishes he could make millions off his father’s presidency ― like Hunter Biden.

“Imagine if your name was Hunter Biden,” host Sean Hannity said, in a nod to the fact that Hunter Biden landed a high-paying job on the board of Ukrainian gas company Burisma Holdings, despite limited experience in that industry.

“I wish my name was Hunter Biden,” Trump Jr. replied. “I could go abroad, make millions off of my father’s presidency. I’d be a really rich guy. It would be incredible.”

Trump Jr. has a reported net worth of $200 million.

Actually just said by Donald Trump Jr: “I wish my name was Hunter Biden. I could go abroad and make millions off my father’s presidency. I’d be a really rich guy” pic.twitter.com/9ohFDbwJn4

Trump Jr. has run the Trump Organization with his brother Eric Trump ever since their father assumed office. The brothers, who have had extensive foreign business dealings during their father’s presidency, have repeatedly accused Hunter Biden of leveraging his family name for personal gain during his father’s time in office.

Earlier this month, Eric Trump argued in a statement to The New York Times that their foreign dealings were different from Biden’s because they were continuations of deals already in the works before the Trump presidency.

Trump Jr.’s latest comments were made near the end of Hannity’s program as the Fox News personality again pushed an unfounded theory that former Vice President Joe Biden was a party to an inappropriate quid pro quo when he pushed Ukraine to dismiss a corrupt prosecutor who was investigating Burisma Holdings.

The European Union and numerous Obama administration officials were all pushing for the prosecutor’s removal and multiple investigations have yielded no evidence of wrongdoing by the Bidens.