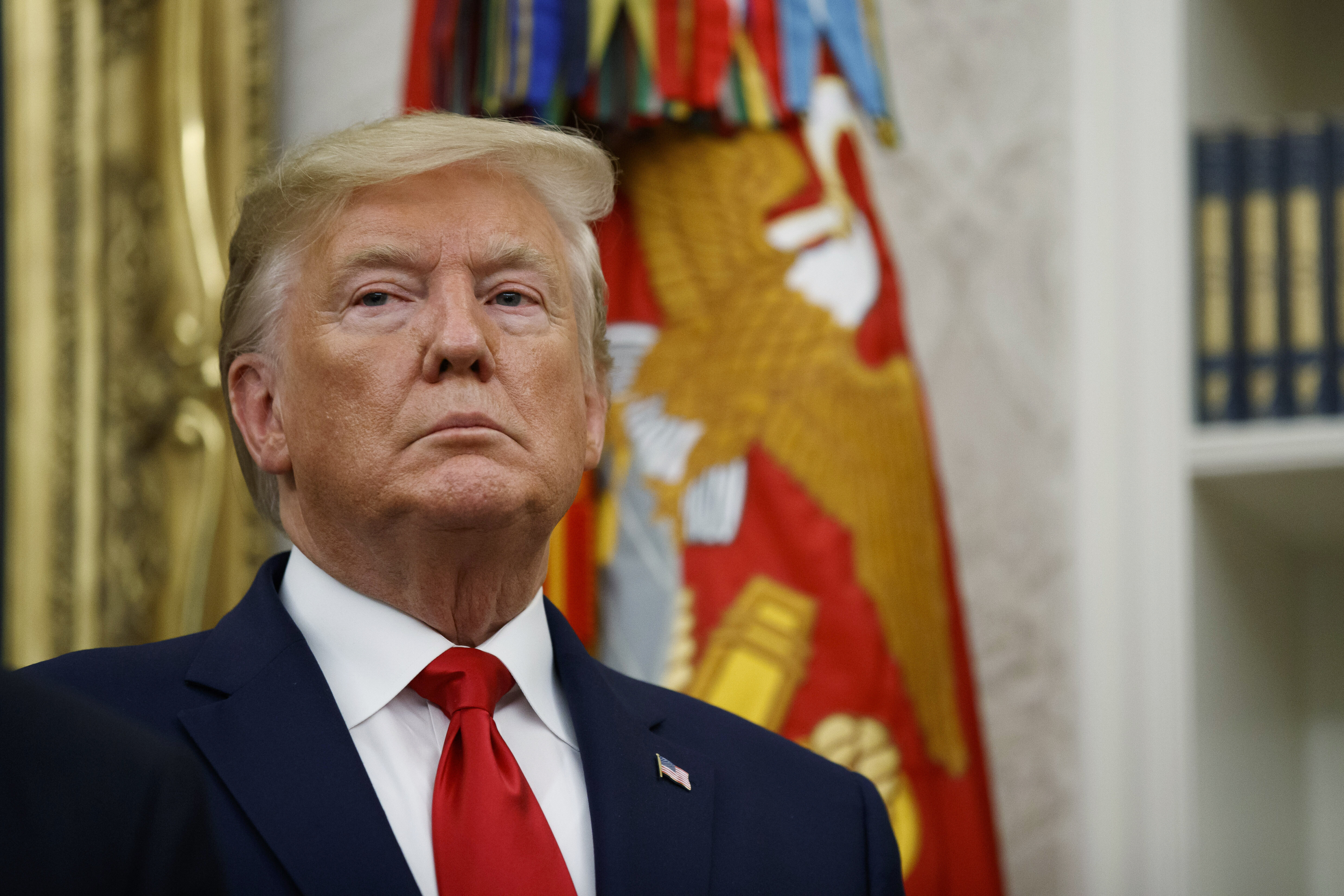 President Donald Trump seemed to suggest Sunday night that while he personally didn’t do so, asking a foreign government for a quid pro quo in exchange for a political favor is not an impeachable offense.

“False stories are being reported that a few Republican Senators are saying that President Trump may have done a quid pro quo, but it doesn’t matter, there is nothing wrong with that, it is not an impeachable event,” Trump tweeted in the midst of a particularly busy night on the social media platform. “Perhaps so, but read the transcript, there is no quid pro quo!”

False stories are being reported that a few Republican Senators are saying that President Trump may have done a quid pro quo, but it doesn’t matter, there is nothing wrong with that, it is not an impeachable event. Perhaps so, but read the transcript, there is no quid pro quo!

The White House did not immediately respond to HuffPost’s request for clarification about the president’s remarks.

The remarkable messaging reflects a swift change in strategy among Republicans who have been scrambling to respond to the parade of current and former administration officials testifying before lawmakers conducting the impeachment inquiry. The Washington Post reported Sunday that a growing number of Trump’s stalwart GOP allies have begun to acknowledge the existence of a quid pro quo, but moved to characterize the demand as a legitimate power of the president.

The demand is the central feature of the ongoing impeachment probe, which arose after a whistleblower first filed a complaint about a July 25 call between Trump and Ukrainian President Volodymyr Zelensky. During the discussion — details of which emerged from a reconstruction released by the White House and dozens of hours of testimony from senior aides ― Trump repeatedly pressured Zelensky to investigate a prime political rival, former Vice President Joe Biden, and his son, Hunter. The call took place shortly after Trump ordered a hold on nearly $400 million in military aid that was supposed to be sent to the country.

Trump has repeatedly denied a quid pro quo, referring to the call as “perfect” and claiming he has done nothing worthy of impeachment. But House Democrats have continued to ramp up their investigations into the discussion and the chamber voted largely along party lines to formalize the inquiry on Thursday hoping to capitalize on the growing support for the probe throughout the general public.

Officials with direct knowledge of the call have also spoken to lawmakers and bolstered the probe with a series of bombshell claims while detailing the layered response within the White House itself to contain any potential fallout after the call with Ukraine. Most recently, Lt. Col. Alexander Vindman, the top Ukraine expert on the National Security Council, said he twice reported his concerns about the discussion to a superior. He also detailed the unusual decision to store the transcript of the call on a secure server usually reserved for state secrets after those concerns were raised.

Republicans, however, have largely remained unified in their support of the president and moved to delegitimize any witnesses who speak to lawmakers while accusing Democrats of conducting their probe in secret (the GOP has many members on each of the three committees spearheading the inquiry).

The Post reported that GOP Senators met for a lunch last week, during which several lawmakers contended that while the quid pro quo may have happened, the government often attaches conditions to foreign aid.

A recent attempt to acknowledge Trump’s demand drew widespread rebuke from within the party. Acting White House chief of staff Mick Mulvaney repeatedly said that Trump did demand a political favor in exchange for the military aid last month during an extraordinary press conference. But he was forced to walk back those claims mere hours, instead blaming the media for misconstruing his remarks.