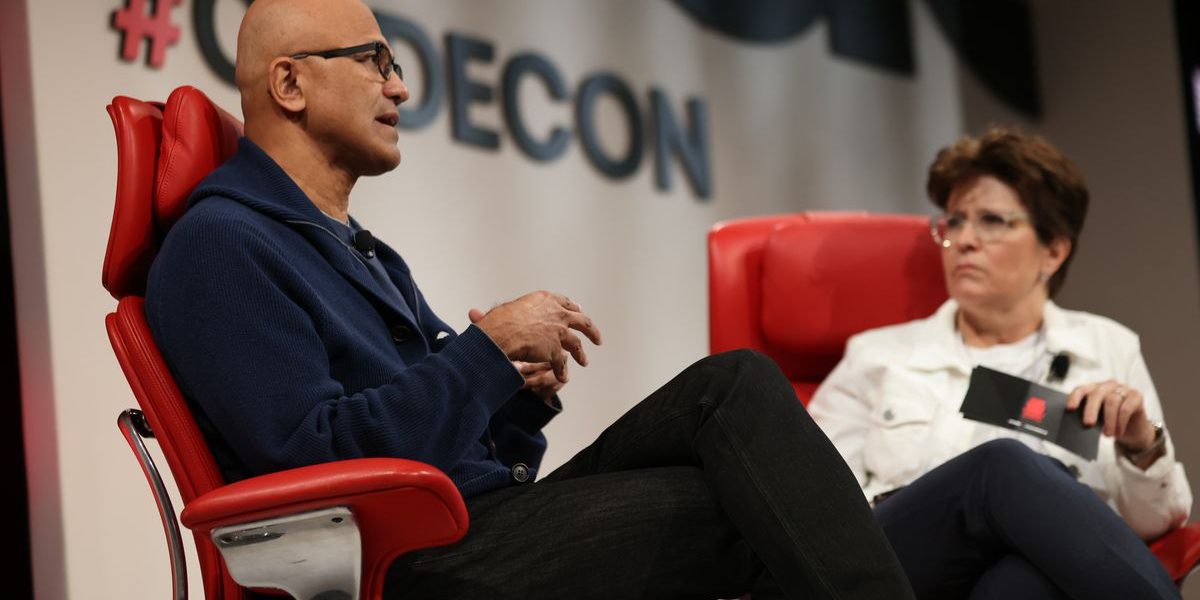 It’s difficult to remember now, but in August 2020 there was a deeply surreal episode wherein Microsoft proposed acquiring some portion of TikTok in a complicated deal as the Trump administration was threatening to come down hard on the platform. Ultimately, TikTok turned Microsoft down just a day before Oracle came in with an entirely different kind of deal and the whole thing dissipated.

Speaking today at the Code Conference, Microsoft CEO Satya Nadella said the whole ordeal was the “strangest thing I’ve ever sort of worked on.”

In terms of the value of such a deal for Microsoft, Nadella said he “was kind of intrigued by it,” before trying to move right along with a laugh, deadpanning after a pause “and then I guess the rest is history.”

Kara Swisher pressed him for the story and Nadella, clearly still a little agog at the strangeness, walked through a few of the key steps. The important start is that “TikTok came to us, we didn’t come to TikTok,” he says. The company was looking for a US partner to help with “these security things we seem to [have been] hearing about.”

Nadella thought TikTok might have been a good fit because it was a social, cloud-based service that heavily leveraged AI, all areas of focus for the company. “It is an interesting product,” he says.

“At this point I’m happy with what I have.”

Nadella’s contention is that Microsoft would have been an interesting partner for TikTok because of its established work with “investments in social media, in particular what we’re doing in content moderation and child safety.” Those strengths — plus the key fact that it is a US-based cloud services provider — were seen to be key to assuaging the Trump administration.

“There was a period of time when I though the the [US government] had a particualr set of requirements, [but] it just disappeared,” Nadella says. “President Trump I think had a particular point of view of what he was trying to get done …and then just dropped off.”

TikTok ultimately let Microsoft know that it wouldn’t be moving forward with the deal in September. Later in the year, days ahead of a deadline Trump set for parent company ByteDance to sell off its US assets, TikTok suggested the administration had forgotten about the ban altogether. President Biden ultimately revoked the order this year.

“At this point, it’s all moot, right?” Nadella says. He says he hasn’t followed up on what’s going on with TikTok and Oracle. (Hint: it’s been shelved indefinitely.) Would he like to buy TikTok now if it came back on the table? “No,” Nadella says, “at this point I’m happy with what I have.”