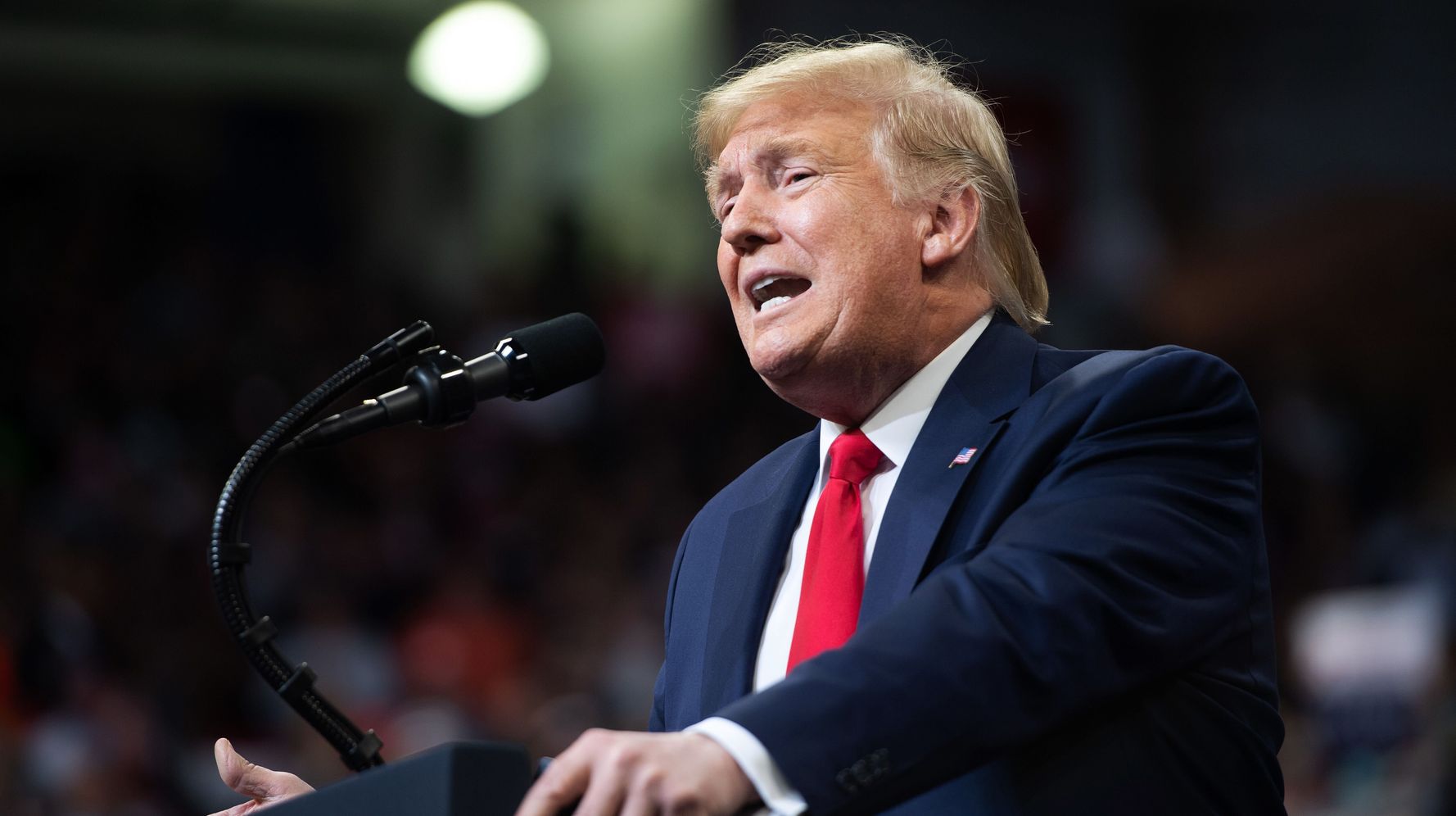 Some Donald Trump supporters are peeved the president won’t be cleared of wrongdoing by the Senate before he walks into the House of Representatives on Tuesday to deliver his annual State of the Union address.

“If I was the president, I’d say, ‘Hey look. Let’s do it the following Tuesday, let’s do it the night of New Hampshire. I’ll address the nation and see how they like that,’” Bannon added in the interview.

Senate Republicans hoped to move to a quick acquittal vote after successfully blocking witnesses and other evidence from his trial on Friday ― the first time in history a presidential impeachment trial will not feature witnesses.

But Democrats successfully pushed to prolong the proceedings for several days in order to allow time for both the House impeachment managers and Trump’s defense team to give closing arguments and to allow all senators an opportunity to speak on the floor before a final vote on removal on Wednesday afternoon.

“We are in the minority, but we do have some power in the minority and we will use it to prevent things from just being truncated in the dark of night,” Senate Minority Leader Chuck Schumer (D-N.Y.) told reporters on Friday before announcing a deal with Senate Majority Leader Mitch McConnell (R-Ky.) that laid out the end of the trial.

The terms of the agreement, which Trump reportedly signed off on, mean that the president will deliver his State of the Union speech on Tuesday before he is almost certainly acquitted by the Senate the following day. The schedule has created anxiety among some Republican senators about whether Trump will address his impeachment standing before the assembled Congress and House Speaker Nancy Pelosi (D-Calif.), who will be seated directly behind him.

The situation has left some Trump allies grumbling about Senate Republicans who agreed to the schedule, which they view as robbing the president of a golden opportunity to tout his acquittal not only during his State of the Union address, but also during the annual pre-Super Bowl interview that has become a tradition for recent presidents.

Bannon agreed in his Fox News interview, saying Trump was “boxed in” by the schedule.

“Why in the world would the majority leader agree to run this thing through the State of the Union address?” Fox News host Lou Dobbs, a favorite of the president, asked last week.

Asked about the schedule on Sunday, Sen. Lindsey Graham (R-S.C.) acknowledged that Democrats stood in the way of a quick acquittal, attributing part of the reason to the Iowa caucuses on Monday.

“Well, the Democrats have the ability to drag out the trial. There was an agreement reached to do it Wednesday at 4 to allow some Democratic candidates to go to Iowa. I think that had a lot to do with it. But we’re going to turn the page on impeachment at 4 o-clock on Wednesday,” Graham said on Fox News.

The far-right outlet Gateway Pundit, however, pinned the blame on Senate Republicans for agreeing to the schedule.

“Once again the GOP let down President Trump. They could not let him have his VICTORY SPEECH at the State of the Union Address,” read a Sunday post on the website.

White House official Eric Ueland, meanwhile, attempted to cast the combination of the State of the Union and Trump’s acquittal in the Senate as a “happy coincidence” that will “launch the president into 2020.”

“You could argue that the State of the Union — that successful vision the president will layout — actually, occludes focus on impeachment,” Ueland said.