by saywharadio4 months ago5 min read 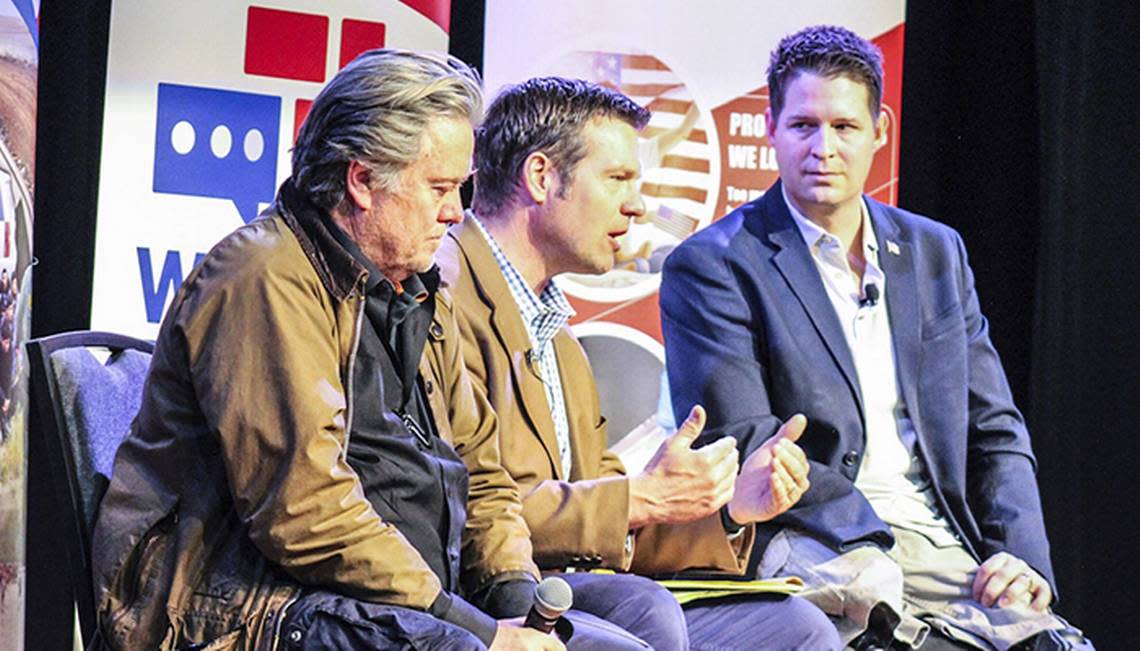 An Air Force veteran who was arrested last month on charges of conspiring with former presidential adviser Steve Bannon and two others to scam donors supporting their private effort to build a border wall said on Monday that “not a penny” of the $25 million raised was taken to fund a “lavish” lifestyle.

In an exclusive interview with McClatchy, retired Senior Airman Brian Kolfage also said that while the financial accounts of “We Build the Wall” are currently frozen due to the indictment, and construction work has stopped, attorneys for the organization are trying to get those funds unfrozen and the wall restarted.

“All work on the wall project has ceased at this point,” Kolfage said. “There are lawyers who are involved who are working to get things opened, because what they did was a significant overreach to try and shut the wall project down.”

“So we’re not going to allow it, we’re going to fire it back up and get things rolling again,” he said. “It’s just the state of New York that is doing this. We can operate in 49 other states.”

The United States District Court for the Southern District of New York charged Kolfage, Bannon, Andrew Badolato and Timothy Shea with conspiracy to commit wire fraud for telling donors that 100 percent of funds raised from their “We Build the Wall” organization would go to constructing a border wall.

The indictment alleges that of the $25 million raised, more than $350,000 was illegally paid to Kolfage to support a “lavish” lifestyle and $1 million was paid to Bannon.

“Not a penny of the donations went toward anything that was said in the indictment. Not a penny. We did not take money, at all, from donors to buy a boat, to pay for lavish things that they say, for home improvements, for cars, for none of that. Everything in that indictment I either owned previously or bought with my own money,” Kolfage said.

The arresting officers had driven down from New York and did not allow Kolfage, who is a triple amputee from the Iraq war, to put on his prosthetic legs when they showed up at his home in Sandestin, Florida, at about 6:30 a.m. on Aug. 20, he said.

Instead, Kolfage said he had to pull himself into their vehicle from the ground, a humiliating experience that his two young children watched. Kolfage lost his right arm below the elbow and both legs after a rocket landed just feet from him at Balad Air Base in Iraq in 2004.

Kolfage said he is now planning to sue the law enforcement agency and the New York court for civil rights violations under the Americans with Disabilities Act.

Kolfage said under the terms of the indictment he has not been allowed to talk to Bannon or the other organization members. His attorney, Harvey Steinberg, said that they expect to receive the documentation and evidence the indictment has cited within the next 30 days and they will be responding. A request for comment from Bannon’s attorney was not immediately returned.

While Kolfage would not go into the specifics of what his defense will be challenging, he said the indictment’s charges are “completely false.”

“I think ultimately when this all comes out, it’s going to be a huge black eye and embarrassment on the Southern District of New York,” he said.

Kolfage said he met Bannon, a former adviser to President Donald Trump, and the other organization members in Washington, D.C., in December 2018. He was transitioning his GoFundMe effort, which raised $20 million in a matter of weeks, to a private nonprofit fundraising effort.

He and the others set up a board and legal structure, Kolfage said. He was then contacted by an Air Force veteran who owned land in New Mexico, which is where the organization began construction of a border wall, he said.

“This was about Bannon. Bannon’s told me, from day one, they’re coming for him,” Kolfage said. “If Steve Bannon wasn’t part of this project there’s no way in hell the Southern District of New York is going to send 15 officers from New York City down to my house to take me in, alone. It’s all political.”

Kolfage receives $100,000 a year from the Department of Veterans Affairs to compensate for his injuries. He said he also has a number of other business ventures, including working for various political action committees with their donor outreach and social media.

He said he owned his boat and the Land Rover mentioned in the indictment prior to the campaign to raise money to build the wall. When the court posted the indictment against Kolfage, it said both his Land Rover and his boat “Warfighter” had been seized.

“Nothing of mine was seized at all,” Kolfage said. “Again, that’s something they tried to make me look bad.”