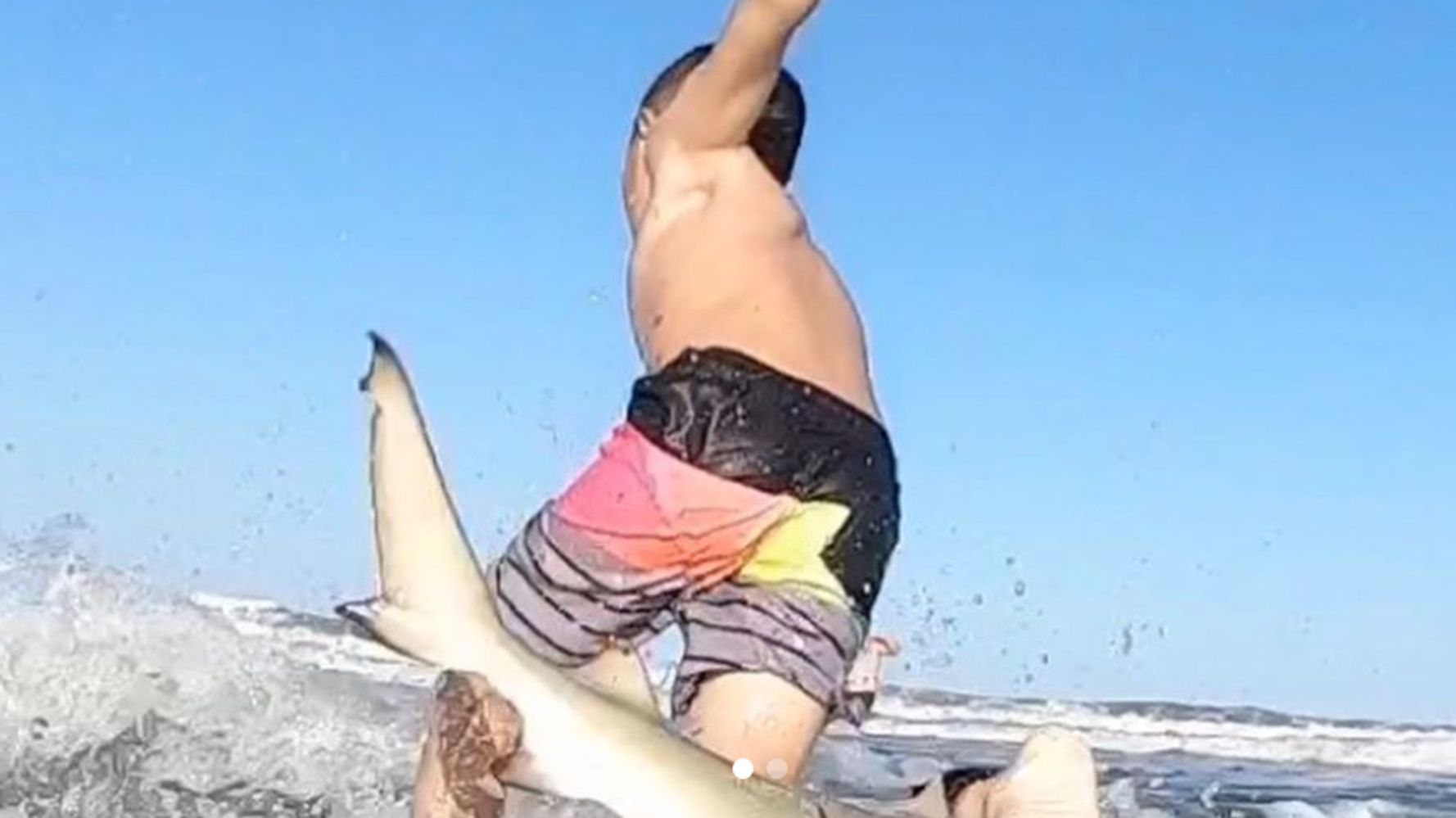 Chandler Moore isn’t going to let a surfboard collision with a shark get in the way of his fun.

Viral video of a shark knocking the 7-year-old off his board at Florida’s New Smyrna Beach on Saturday prompted reporters to ask him if he would surf again soon.

Chandler was in the water with his father Shaun when the lad caught a wave, then suddenly fell. Chandler thought maybe a fish had caused the disturbance, the father wrote in the caption of his Instagram video (see it below).

But when they reviewed the Go Pro camera footage, they saw that it was actually a shark ― the dad identified it as a black tip.

Blacktips have accounted for 20% of unprovoked shark attacks off Florida since 1926, according to the University of Florida’s International Shark Attack File. This particular one was prowling “the shark attack capital of the world,” as New Smyrna is called, according to National Geographic

“We surfed for another half hour after that,” the father told the New York Post.

“As a parent, I, of course, felt a little bit of anxiety, like, ’Oh my gosh, what could’ve happened?” Shaun Moore told People. “But thankfully, we don’t have to worry about that.”