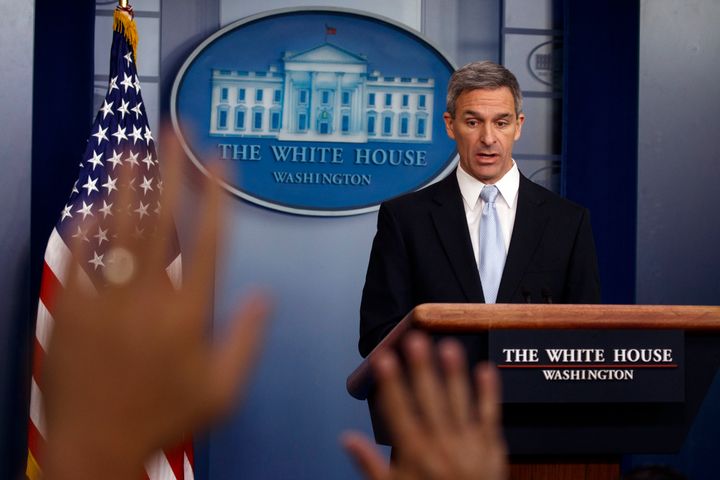 The White House is reportedly exploring a legal loophole that would allow President Donald Trump to pick “whomever he wants” to fill the top job at the Department of Homeland Security, potentially paving the way for a hardliner who’s vigorously defended Trump’s immigration agenda to lead the department.

The president has been searching for someone to take the reins at DHS since the department’s Acting Secretary Kevin McAleenan announced his resignation earlier this month after just six months on the job.

Though McAleenan — the fourth DHS chief since Trump took office — implemented some of the president’s more extreme immigration policies and saw a drop in border crossings during his tenure, the official’s relationship with the White House was reportedly rocky from the get-go.

An “isolated” McAleenan admitted to The Washington Post in a recent interview that he’d struggled to control the department, which he viewed as a neutral law enforcement agency, and prevent it from being used as a partisan tool.

With McAleenan out, Trump was expected to tap a replacement whose views were more aligned with his own. The New York Times first reported on Tuesday that the White House was mulling a legal loophole so the president could potentially do just that. The Wall Street Journal corroborated the news.

Trump’s two favored picks for the top DHS job are reportedly Ken Cuccinelli, the acting director of the U.S. Citizenship and Immigration Services, and Mark Morgan, acting commissioner of U.S. Customs and Border Protection. Both officials, who were nominated to their roles by Trump earlier this year, have publicly defended and championed the president’s hardline immigration agenda.

But according to earlier reports by the Wall Street Journal and Politico, Trump was recently informed by his staff that neither Cuccinelli nor Morgan would be eligible for the role under a federal statute that dictates who can fill cabinet-level positions.

Under the federal Vacancies Act, acting officials taking on cabinet-level jobs must either be next in the line of succession, be confirmed by the Senate or have served for at least 90 days in the past year under the last Senate-confirmed homeland security chief, who in this case is Kirstjen Nielsen.

Neither Cuccinelli, who Politico reported was a favorite of immigration hawks inside the administration, nor Morgan would fulfill the requirements of the statute, Sean Doocey, head of the White House Presidential Personnel Office, reportedly told Trump.

It’s believed that both men would face a difficult path to Senate confirmation. Cuccinelli, for one, has made many enemies in the Senate, having repeatedly clashed with Majority Leader Mitch McConnell (R-Ky.) and other incumbent Republicans as president of the anti-establishment Senate Conservatives Fund.

McConnell has previously expressed his “lack of enthusiasm” at the prospect of Cuccinelli’s elevation to head the DHS.

According to the Times, however, the White House is considering a loophole that would allow Trump to bypass the Vacancies Act and potentially pick Cuccinelli or Morgan for the job anyway.

“Under this route, the White House would tap someone to be the assistant secretary of the Countering Weapons of Mass Destruction Office, which is vacant, and then elevate that person to be the acting secretary of homeland security,” the Times said, citing an administration official familiar with the deliberations.

“The chief of that office is known as an ‘inferior officer,’ and under an exception in the laws governing appointments, such officials can be appointed to acting positions with the sole approval of the president,” the paper continued.

The Journal elaborated on how this plan would work.

Under a 2017 law, the DHS secretary has the authority to change the department’s line of succession beyond its top three positions, which all require Senate confirmation, the paper said. Those top three posts, however, have been vacant for months.

The White House has therefore considered asking McAleenan to change the line of succession by elevating the assistant secretary of the obscure CWMD office to the number four position, the Journal reported. Since Trump can appoint anyone to the CWMD role without the need of Senate approval, whoever is tapped for the job could then be next in the line of succession for the top DHS role.

“And then the Asst Sec for CWMD can serve … indefinitely as acting DHS Sec,” said Anne Joseph O’Connell, a Stanford law professor who specializes in administrative law and federal bureaucracy, in a Tuesday night Twitter thread.

That Asst Sec job, created in 2018, does not require confirmation—presidential pick only (not clear why someone is acting in that role and not just in that role now). And then the Asst Sec for CWMD can serve, under the statute at least, indefinitely as acting DHS Sec. 6/

The Journal said White House officials have asked the Justice Department’s Office of Legal Counsel to look into the legality of such a workaround but had yet to decide whether to pursue the plan.

Some legal experts have suggested the loophole may not be legal because McAleenan was not confirmed as DHS secretary and thus may not have the authority to change the line of succession.

Cuccinelli was criticized in August after he revised the iconic inscription on the Statue of Liberty to read: “Give me your tired and your poor who can stand on their own two feet, and who will not become a public charge.”

He later said the original poem, penned by Emma Lazarus, had been referring “to people coming from Europe.”

Morgan has similarly been scrutinized for questionable comments. In a January Fox News interview, Morgan said he can discern, just by looking at them, whether a child is a MS-13 gang member.

“I’ve been to detention facilities where I’ve walked up to these individuals that are so-called minors, 17 or under,” Morgan told host Tucker Carlson. “I’ve looked at them — and I’ve looked at their eyes, Tucker — and I’ve said, ‘That is a soon-to-be MS-13 gang member.’”