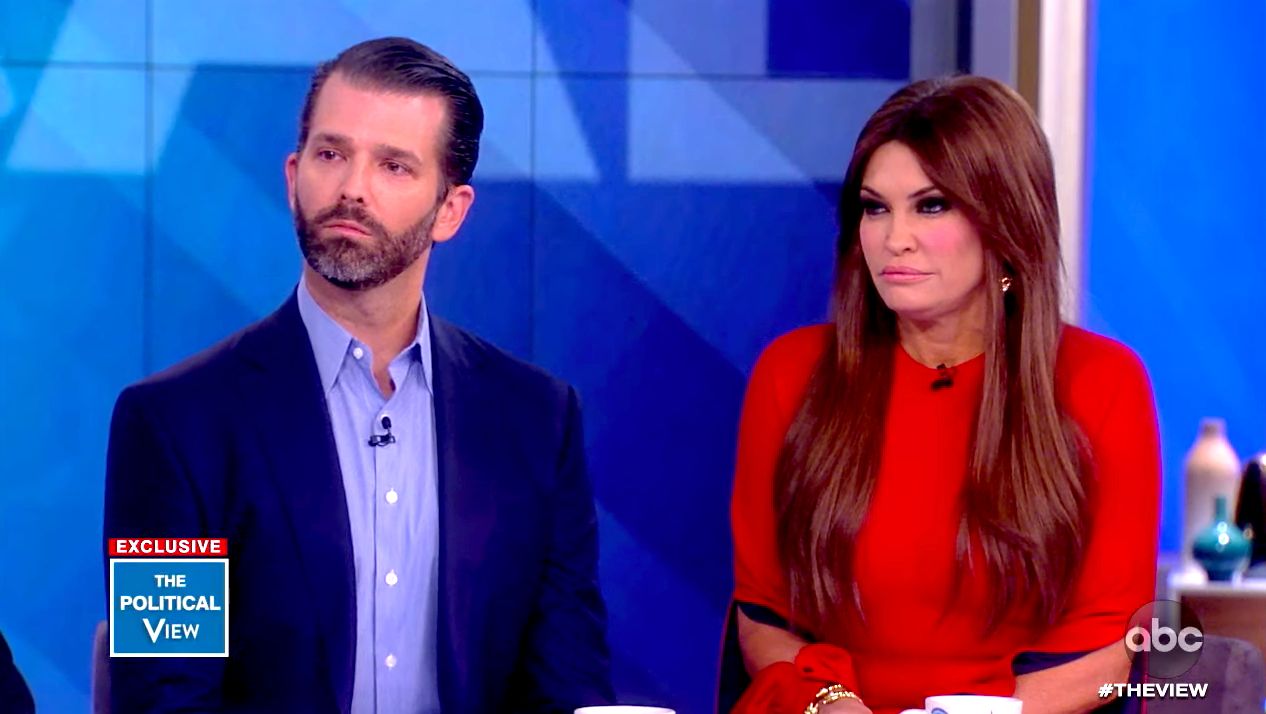 Behind the scenes of a drama-fueled appearance on “The View” by Donald Trump Jr., moderator Whoopi Goldberg resorted to asking audience members to express their feelings through silent facial expressions because the booing was “messing with everyone’s mic.”

According to The Hollywood Reporter, which had a journalist taking notes in the audience, Goldberg was forced to ask the audience to stop its unruly behavior toward the guests during a commercial break.

“The booing is fucking us up,” Golberg reportedly said. “It’s messing with everyone’s mic. You can grimace and all that. All we hear is booing.”

According to People, which spoke with a source present, Trump Jr. and his partner Kimberly Guilfoyle were accompanied by an entourage of about 15 people who were also vocal.

During a separate commercial break, a woman in the audience who was reportedly brought in by Trump Jr. reportedly grilled Goldberg for comments she made over a decade ago in which she asked whether director Roman Polanski’s sexual assault of a minor was “rape rape.” Trump Jr. later also slammed Goldberg for this on-air and on Twitter.

As the woman left the studio, People reported that she told a fellow audience member that she had “Definitely riled her up,” referring to Goldberg, adding that the moderator was “so upset.”

Trump Jr. bragged after the show about how he “triggered” the hosts, saying “I don’t think I’ve enjoyed an interview this much in my life.”

The president’s son appeared on the daytime talk show Thursday alongside Guilfoyle to promote his book “Triggered: How the Left Thrives on Hate and Wants to Silence Us.”

In addition to the audience, the show itself was chaotic, devolving into a war of accusations between the guests and hosts. Trump Jr. accused Joy Behar of wearing blackface, Meghan McCain attacked Trump Jr. for the president’s treatment of her father and veterans, and the panel grilled Trump Jr. on his decision to tweet out information about the anonymous whistleblower.

Trump Jr. tried to defend his choice by describing himself as a “private citizen.” According to THR, a woman in the audience cried out, “You’re not a private citizen!”