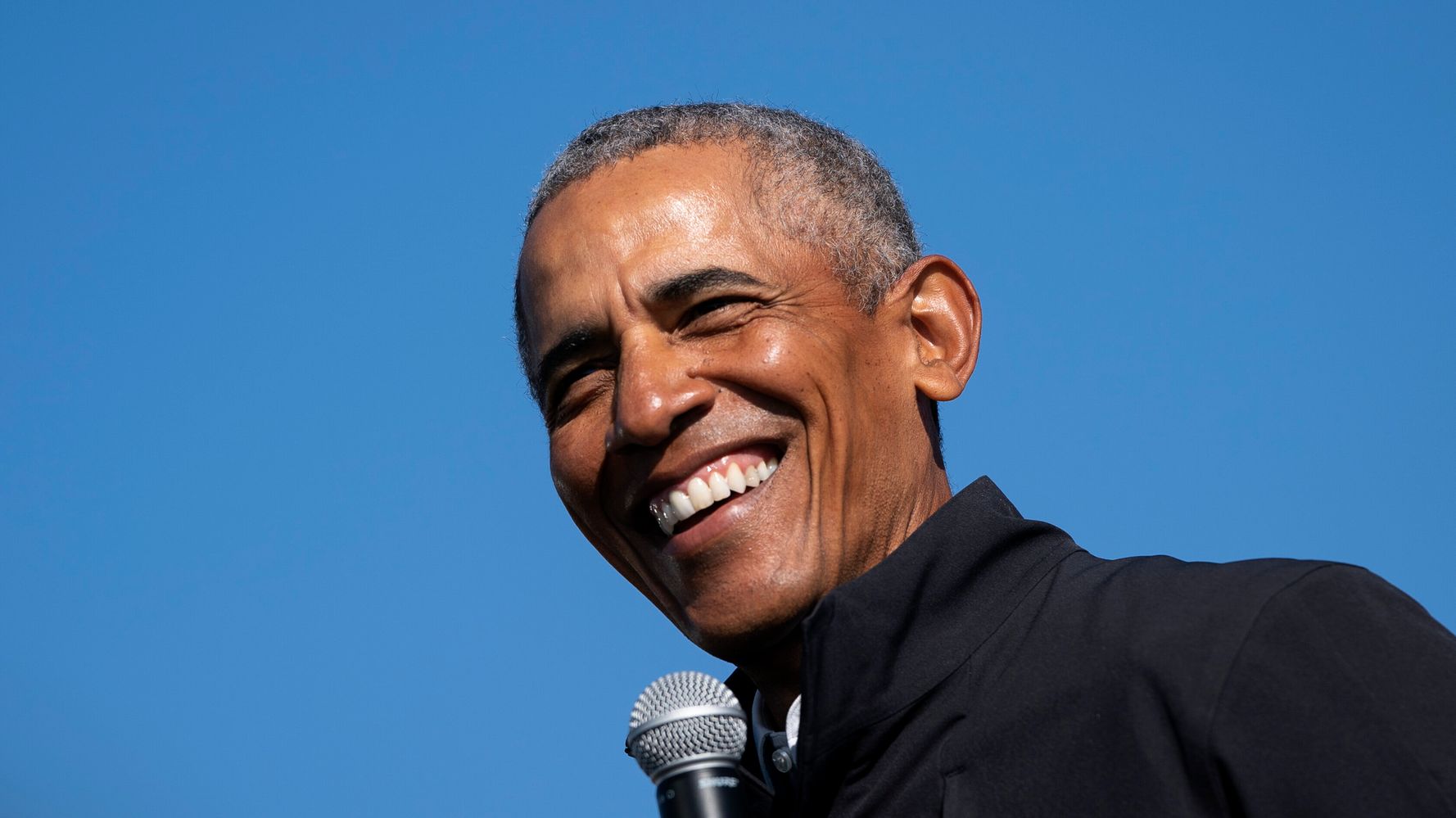 You may not be very surprised to find out Barack Obama appears to have a lot of close family and friends.

The former president’s 60th birthday party was set to proceed Saturday as a “significantly scaled back” version of the original plan given the ominous threat of the delta variant of the coronavirus, an Obama spokesperson said this week. But according to photos snapped on and above Martha’s Vineyard ― the posh New England island where the nation’s wealthiest go to be amongst their own ― “scaled back” is still looking pretty impressive.

The newly minted sexagenarian will be feted inside a mammoth white tent nuzzled against his family’s $12 million vacation home, which sits on 30 acres of oceanfront property. Aerial shots taken Friday revealed grounds that were abuzz with caterers and party-planning staff ― although presumably fewer than the 200-plus originally expected to work the event. Sofas dotted the outdoor area in intimate clusters, while dozens of sand-colored chairs waited to be unstacked and ringed around tables.

Obama himself was photographed on an island golf course Saturday morning.

On Wednesday ― his actual birthday ― former first lady Michelle Obama posted images of her husband to Instagram, writing, “Still turning my head after all these years.”

The 44th president attracted some criticism when details of his massive party leaked this week amid the nationwide surge in COVID-19 cases. The U.S. is once again recording around 100,000 new cases on a daily basis, marking a return to levels not seen since the fall and winter.

Obama was not exactly throwing caution to the wind: He had hired a COVID-19 coordinator to verify that all attendees tested negative before the event, and had asked everybody to be fully vaccinated. The party is also largely outdoors.

Still, spokesperson Hannah Hankins said Wednesday that the event would be downsized to “include only family and close friends.”

It remains unclear what size the guest list has been whittled down to. The original plan was to welcome some 475 guests, according to Axios, but the Obama camp never confirmed that amount. At least eight aides, including Michelle Obama’s chief of staff, were tasked with making the unpleasant calls to uninvite people from the party, according to The New York Times.

The result was, apparently, some hurt feelings among former Obama administration staffers, who still noticed the likes of Chrissy Teigen and John Legend arriving on the island ahead of the main event. A “majority” of the former staffers had been uninvited, the Times said, noting that many “generally credit themselves with helping create the Obama legacy that has allowed the former president to settle in so comfortably with the A-list crowd.”

Paparazzi shots published by The Daily Mail also documented the arrivals of Dwayne Wade and Gabrielle Union, Steven Colbert and Don Cheadle. Beyoncé and Jay-Z were reportedly marked as attending, the Times reported Friday; tabloids said that they were already on the island.

Legend is expected to perform Saturday night, according to The New York Post. (Not Pearl Jam, as had been rumored.)

Larry David, David Letterman and Conan O’Brien were reportedly among those who were disinvited; Oprah Winfrey and Ava DuVernay bowed out on their own, according to the Times.

The White House previously said in a statement that President Joe Biden will not be in attendance, although he “looks forward to catching up with former President Obama soon and properly welcoming him into the over 60 club.”

White House press secretary Jen Psaki ― an Obama administration alumni herself ― appeared to defend the former president’s birthday bash on Friday when asked whether Obama was setting a good example for the American people. Psaki said COVID-19 transmission in Martha’s Vineyard was considered “moderate,” meaning the area was not subject to the Centers for Disease Control and Prevention’s updated masking guidance, which targets counties with high or substantially high transmission. (The CDC now categorizes the island as having “high” transmission, a change that appears to have come Friday, according to local reports.)

With luck, the only thing guests will pick up this weekend will be the custom baseball caps Obama reportedly had made for the occasion that read, “44 at 60.”