'Get A Grip': Lindsey Graham Gets Smoked For Declaring He'd Go To War For Chick-Fil-A 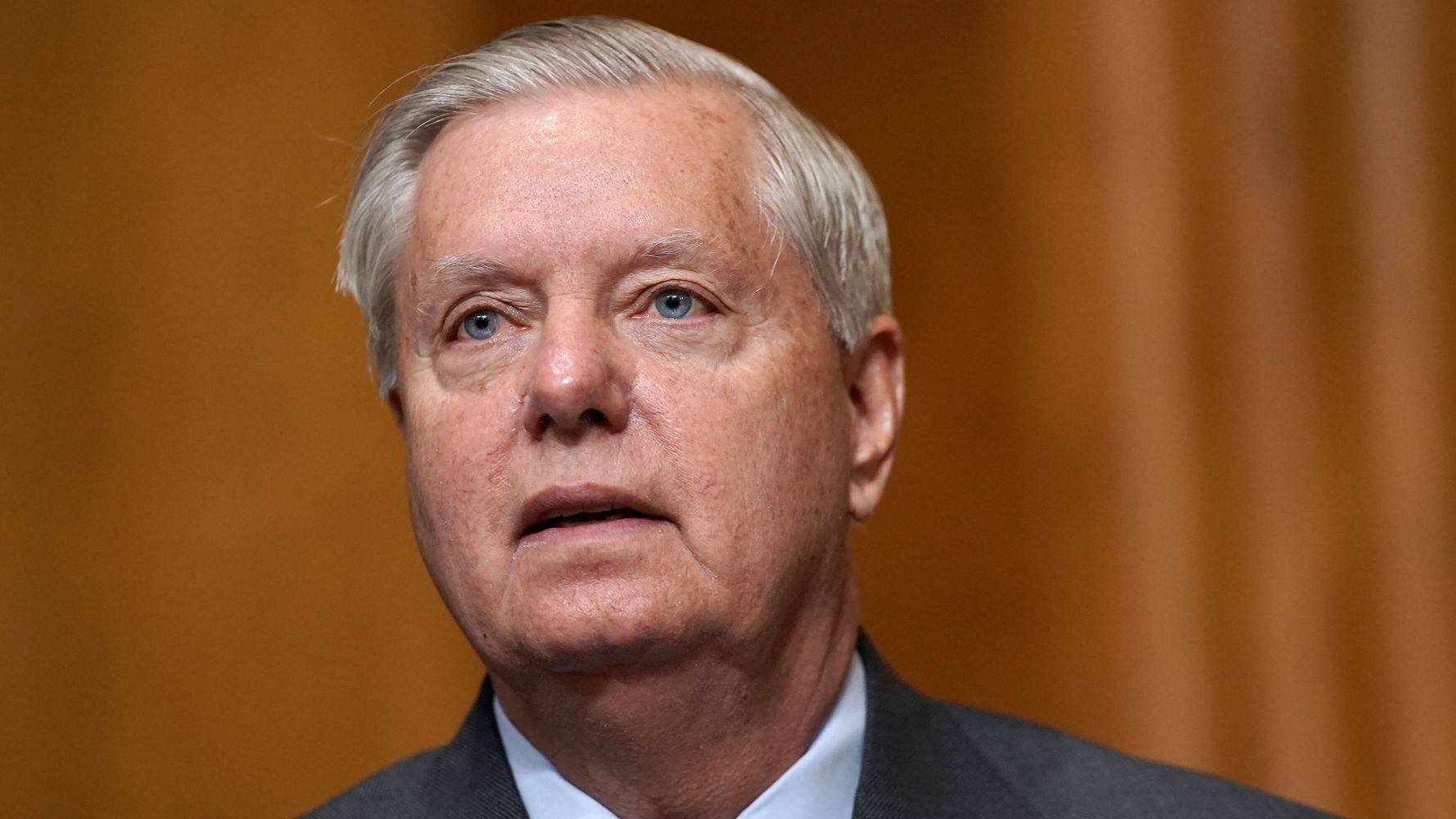 Inspire an insurrection? Forgivable. Systemic racism? Not a problem. But if you criticize Chick-fil-A, you’d better watch out, because that’s the hill Sen. Lindsey Graham (R-S.C.) is willing to die on.

The senator devoted a tweet thread to defending the chicken sandwich chain on Wednesday after students at the University of Notre Dame wrote a letter opposing a proposed Chick-fil-A restaurant on its Indiana campus. Students at the Catholic college cited “ethical concerns” over the chain’s well-known anti-LGBTQ stance and donations to anti-LGBTQ causes.

Graham said it was “disappointing to hear some ND students and faculty want to ban Chick-fil-A from doing business on campus because they disagree with the values held by the Chick-fil-A founders.”

“I want everyone in South Carolina and across America to know I have Chick fil-A’s back,” he tweeted. “I hope we don’t have to, but I will go to war for the principles Chick fil-A stands for. Great food. Great service. Great values. God bless Chick fil-A!”

Critics online were stunned but not surprised.

Graham, a devoted Donald Trump ally, has remained loyal to the former president even after he incited a violent insurrection on the U.S. Capitol on Jan. 6. Graham has pointed the finger at others, including House Speaker Nancy Pelosi (D-Calif.), over the attack. And while he has condemned the insurrection, his support for Trump has not waned.

His name was trending Wednesday after he expressed his views on the fast-food chain.

Today, election fraudster Lindsey Graham said he would go to war to defend Chick fil-A’s principles, which are bigotry, intolerance, hatred, but when it comes to deadly insurrection, he ignores it because his head is still lodged in the orange ass of the scumbag who incited it.

US Generals had to intervene to prevent Trump from attempting a coup, but don’t worry, @LindseyGrahamSC has Chick-fil-A’s back.

Lindsey Graham vows to “go to war” for Chick fil-A. He wouldn’t lift a finger to stop a violent insurrection, but he could kill for a chicken sandwich

Lindsey Graham is more incensed about a shitty chicken franchise than an insurrection at the Capitol where his coworkers were targeted.

How is he STILL a Senator?

Lindsey Graham will go to war for literally anything. pic.twitter.com/OnaKDuhWIe

So, Lindsey Graham will go to war over some chicken nuggets, but not for the cops beaten on Jan. 6????

Mr. back the blue.

When you will stand up for Chick fil-A, but not against an insurrection…I mean, that Polynesian sauce is divinity and I miss it something terrrible, but get a grip @LindseyGrahamSC. pic.twitter.com/q7LTMtqQpG