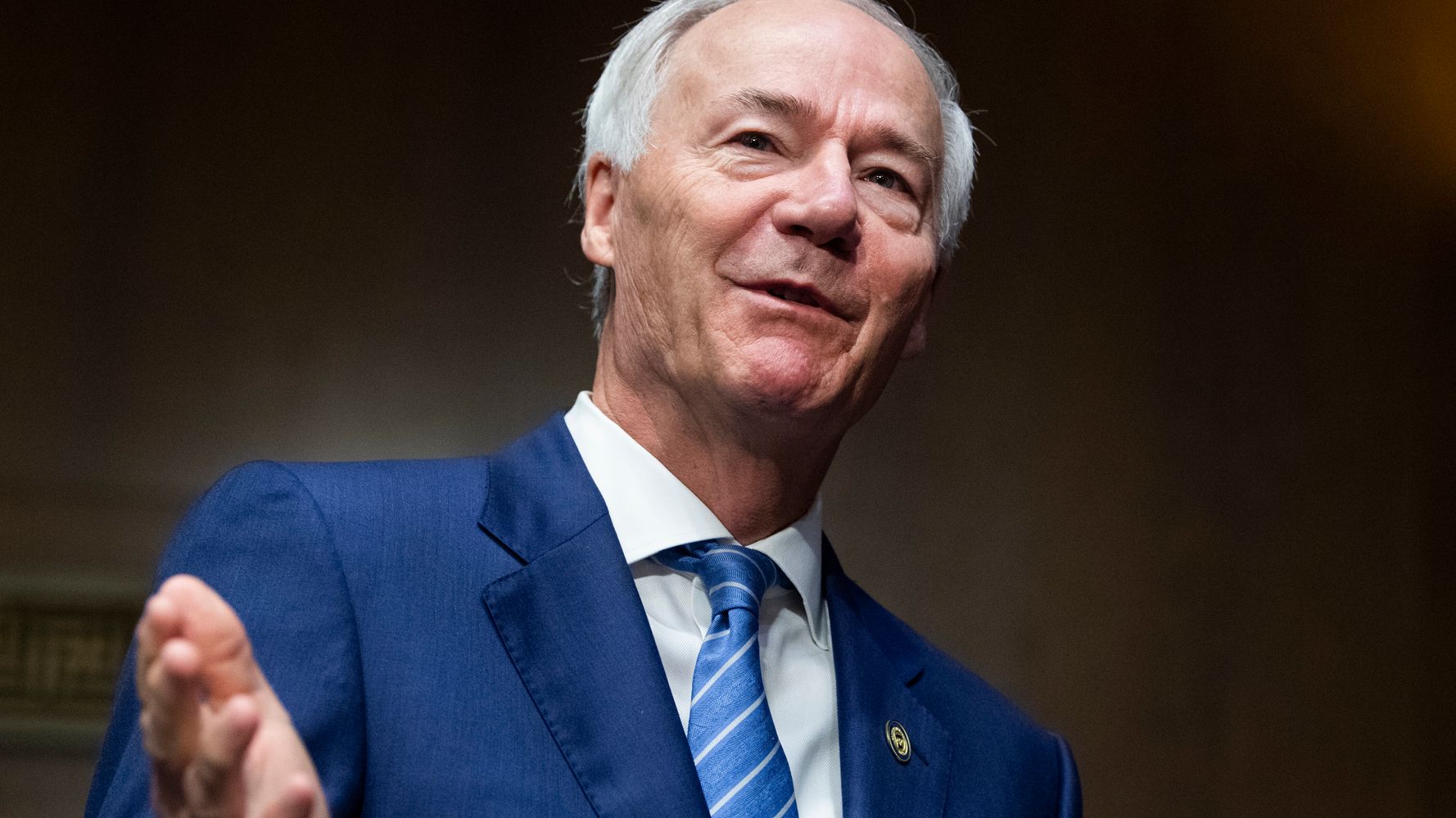 TEXARKANA, Ark. (AP) — Free lottery tickets for those who get vaccinated had few takers. Free hunting and fishing licenses didn’t change many minds either. And this being red-state Arkansas, mandatory vaccinations are off the table.

So Republican Gov. Asa Hutchinson has hit the road, meeting face-to-face with residents to try to overcome vaccine hesitancy — in many cases, hostility — in Arkansas, which has the highest rate of new COVID-19 cases in the U.S. but is near the very bottom in dispensing shots.

He is meeting with residents like Harvey Woods, who was among five dozen people who gathered at a convention center ballroom in Texarkana on Thursday night. Most of the audience wasn’t masked, and neither was Hutchinson, who has been vaccinated.

Woods, 67, introduced himself to Hutchinson as “anti-vax” and said that he thinks there are too many questions about the effects of the vaccine and that he doesn’t believe the information from the federal government about them is reliable.

Hutchinson and his top health official tried to reassure Woods about the Food and Drug Administration’s review process. But Hutchinson had a question for Woods.

“Do you believe COVID is real?” the governor asked.

“I’m not afraid of it,” said Woods, who later said he contracted the virus last year.

Hutchinson embarked on the statewide tour as he took over as chairman of the National Governors Association. In that role, he has called combating vaccine resistance a priority.

Studies have shown the vaccines to be highly safe and effective. But misinformation continues to sow doubts about them, especially in conservative and rural areas. Hutchinson has urged the FDA to give full approval to the vaccines instead of emergency authorization, saying that would address one of the arguments used by opponents.

At the forums, Hutchinson tries to empathize with the vaccine skeptics’ anti-government, anti-media sentiment. His message: Listen to your own doctors and medical professionals, not conspiracy theories.

“Let me make sure it’s clear: I’m not asking you to trust government,” he told the Texarkana audience. “I’m asking you to look at, do your own research, talk to people that you trust, and that to me is the right approach.”

The approach is different from that of other Republicans who are portraying health leaders as adversaries even as they try to tamp down cases.

Florida Gov. Ron DeSantis has been selling shirts and other merchandise emblazoned “Don’t Fauci My Florida.” In Missouri, Gov. Mike Parson has suggested some health officials are trying to scare people into getting vaccinated. In Tennessee, the top vaccine official was fired amid GOP anger over her efforts to get teenagers vaccinated.

With the highly contagious delta variant rapidly driving up case counts around the country and filling hospital beds in places like Arkansas and neighboring Missouri, just 35% of Arkansas’ population is fully vaccinated. Only Mississippi and Alabama are lower, according to the Centers for Disease Control and Prevention. And 98% of the people hospitalized in Arkansas since January because of COVID-19 were unvaccinated.

Hutchinson has few tools left at his disposal after signing into law measures curbing his own authority to respond to the pandemic. They include bans on public schools and other government agencies mandating masks or requiring vaccinations.

A mostly unmasked audience of about 100 people gathered at one of his town halls in Batesville, a town of 11,000 approximately 90 minutes outside Little Rock.

Nathan Grant, a 66-year-old retired accountant from Batesville, said he didn’t know of anything Hutchinson could tell him that would change his mind. Grant has resisted getting the vaccine despite contracting COVID-19 last year. He said he didn’t trust any of the advice coming from Washington.

Some holdouts at the forums aren’t ruling the vaccine out. In Texarkana, one woman said she hadn’t gotten the shots over concerns about how they would interact with her allergies. Doctors in the audience encouraged her to talk with her physician.

The forums are also drawing vaccinated residents who are concerned about the state’s rising cases and exasperated at its lack of options to stem the surge.

Kameron Bethel, a Batesville mother of six, asked if there was a way she could obtain a waiver to get her 10-year old son vaccinated. She also asked the governor to reinstate the mask mandate he lifted in March.

“Yes, we are a great community, but I think if we don’t work together and get it together, it’s all going to fall apart,” she said.

The forum was enough to sway Teresa Cox and her daughter, who got vaccinated at a mobile clinic after the Texarkana town hall. Cox said she doesn’t trust Dr. Anthony Fauci, the government’s top COVID-19 expert, but had confidence in the doctors who spoke at the event.

“What they said in there scared me,” Cox said. “I have been anti-vaccine all along, but I have also been on a ventilator three times, and I don’t want to be back on a ventilator. You don’t forget it.”