I Ran The Classroom Spelling Bee For 20 Years. Here's What Needs To Change. 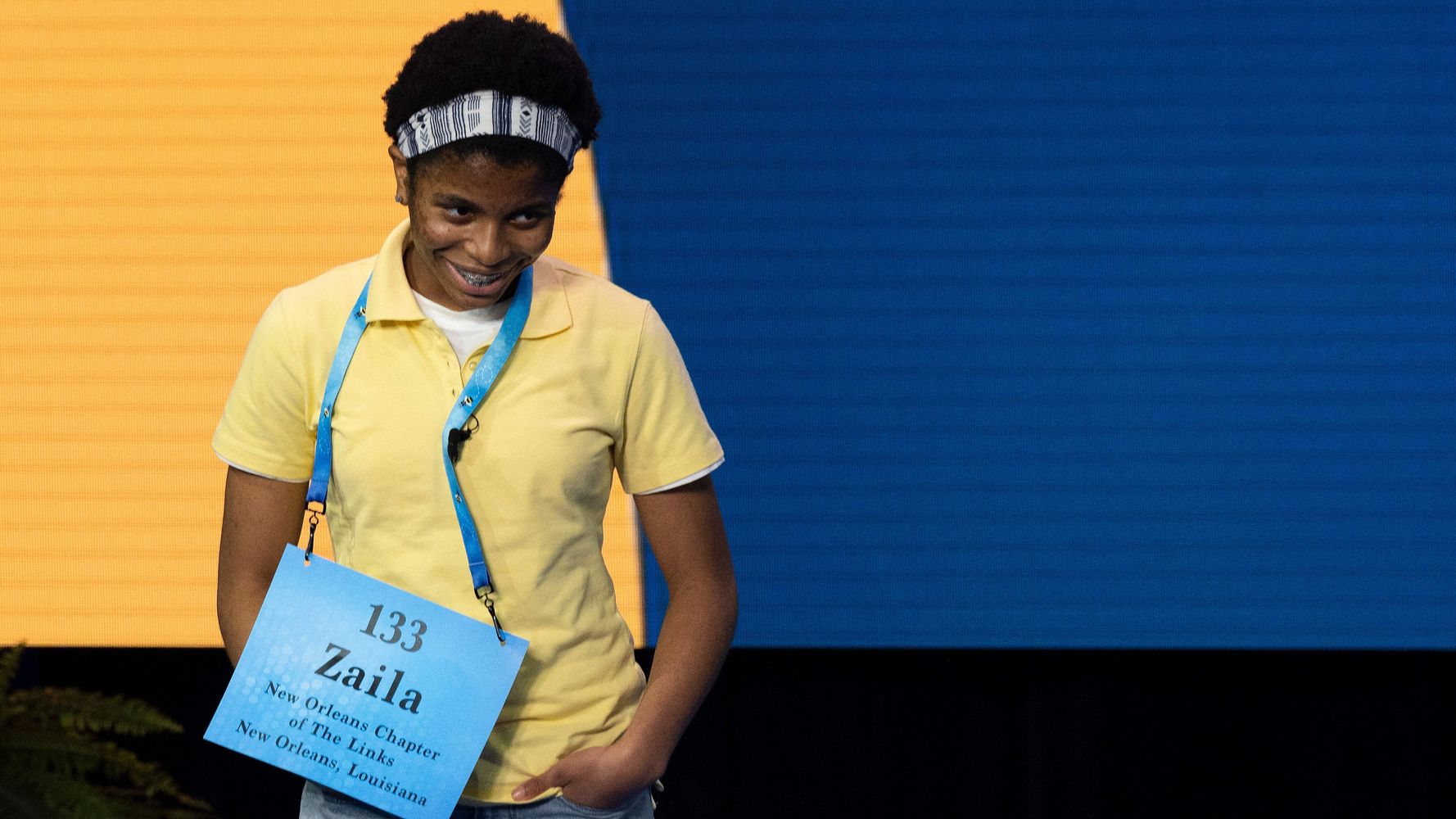 On July 8, Zaila Avant-garde became the first African American middle school student to win the Scripps National Spelling Bee, and like many other Black women who saw themselves reflected in Zaila’s historic win, I posted the news on social media, hearted the posts by others and felt the pride of my community.

But then it settled in that the first National Bee was in 1925. This historic win —after only one other Black student, Jamaican-born Jody-Anne Maxwell, in 1998 — highlighted how narrow the road is to this competition and how inequitable the access is for many minorities, especially those without an infrastructure of support.

I taught middle school grammar at a small private K-8 school in Miami. For 20 years, I conducted the classroom spelling bee for my school. It was a requirement.

By the time students reached me in the eighth grade, they had five spelling bees under their belt. Most students in my class got tripped up on words like “colonel” or forgot that “accommodate” had two c’s, two m’s and two o’s.

But most were not invested in winning the bee. For one, English for many of my students was taught secondary to Spanish, so spelling was less important than being able to speak well in both languages. Neither was spelling as high on the list of priorities as getting into the right high school.

Most of these students were Latino and from wealthy second- or third-generation immigrant families. Their parents paid thousands to prepare them for high school entrance exams, and, if there was interest, they could afford the coaching and the study groups required for their children to compete beyond the classroom.

One former student from our school actually did make it to D.C. in 2009 to compete in the national bee. And, although she didn’t win, her chances seemed greater than for girls who looked like Zaila and attended public schools in predominantly Black neighborhoods.

Before this year, the idea of a Black girl winning a spelling bee was seen as a work of fiction. In the 2006 film “Akeelah and the Bee,” the main character, Akeelah, played by actress and singer Keke Palmer, is a girl who attends a grade school in South Los Angeles. After overcoming many obstacles, and with the help of her community, Akeelah makes her way to the Scripps National Spelling Bee.

After the announcement of Avant-garde’s win, Palmer posted on her Instagram, “THE REAL LIFE AKEELAH YOU GUYS!! The real life one. I’m so happy in my heart.”

When I learned that Zaila, a home-schooled student and Guinness World Record holder for basketball dribbling, was this year’s winner, it brought back memories of the film. In one scene, Akeelah and the students in her study group practice dribbling and shooting a basketball as they practice spelling difficult words.

For many years, I showed this film to my students before the spelling bee so they could imagine what it would be like to have a talent and passion for something without the resources and support to pursue it.

The film does a good job of illustrating that competing for a regional or national spelling bee requires a lot more than a good memory and commitment. It requires lots of time, money and support from your school, your parents and your community. Learning Latin, acquiring a spelling coach, traveling and joining private study groups are luxuries many can’t afford.

Beyond that, many public schools don’t provide an opportunity for their students to compete. There are a variety of reasons why schools opt out: competing priorities, lack of funds, lack of interest or lack of time.

Schools that can afford the $250 to $300 to register still need to prioritize the bee and dedicate the time in the school schedule. They need teacher volunteers who are willing to administer the bee and take time away from required curriculum and testing schedules.

Iliana Artime, a former assistant principal at South Miami Dade Middle School said her school never participated because teachers were overwhelmed with the testing schedule they already had. “My principal would have gladly paid the $300 registration fee, but we couldn’t get a teacher to sponsor it. The culture of testing definitely impacts preparation for the spelling bee.”

Unlike the character Akeelah, Zaila was home-schooled, and her parents were able to prioritize preparation for the bee. Home-schooling is a decision a growing number of Black parents are making to ensure their children are able to reach their full potential.

And still, not all parents can afford to pay the cost of the bee. According to the Economic Policy Institute, the median income of Black households is still lower than for Hispanic and white non-Hispanic households. In 2019, the median Black household income ranged from $42,447 to $46,073. In 2020, Miami-Dade’s fifth-grade spelling bee winner attended Fisher Island Day School, whose tuition is $26,000 a year, more than half of the average income for a Black household.

Parents of students who qualify to go to the national bee need to pay $750 once their child is accepted as a contestant. This is after making it through the fees associated with regional and state competitions, and it doesn’t include the cost of additional tutoring or for travel and food expenses once in the nation’s capital. So most kids need sponsors.

Knowing this, the South Asian community put an infrastructure in place so that its students are not only encouraged to participate in the bee but also are trained for it. A child of South Asian descent has won the bee since 2008. The streak is partly due to a decided shift in the community to set up foundations that would fund and support young spellers.

One of these organizations is North South Foundation, which holds its own spelling and “brain bee” competitions all year long. It has proved that in order to level the playing field, building an infrastructure is key.

Zaila Avant-garde earned $50,000 from her win and three college scholarship offers, so I know she has already inspired other students to sharpen their spelling skills and imagine themselves on stage, but they will need support.

Zaila’s win is still a win for many girls who look like her because representation matters. But without this infrastructure, a Black spelling bee champion who attends a struggling public school in a predominantly Black neighborhood will likely remain a work of fiction.

I would love to see corporations and athletic organizations sponsor schools. I would love to see organizations set up in the Black community for girls that look like Zaila and live like the character Akeelah. And it would be nice to see a student from Liberty City, a disadvantaged community in Miami, get the same preparation as a student who lives on wealthy Fisher Island. Avant-garde should not be the exception.

My biggest hope is that Zaila’s win not only inspires future spellers but also broaden our imaginations to what is possible when we invest in making sure all students have equitable access and support to follow their dreams.

Do you have a compelling personal story you’d like to see published on HuffPost? Find out what we’re looking for here and send us a pitch.