How to Say No Effectively: No as a Road to Yes 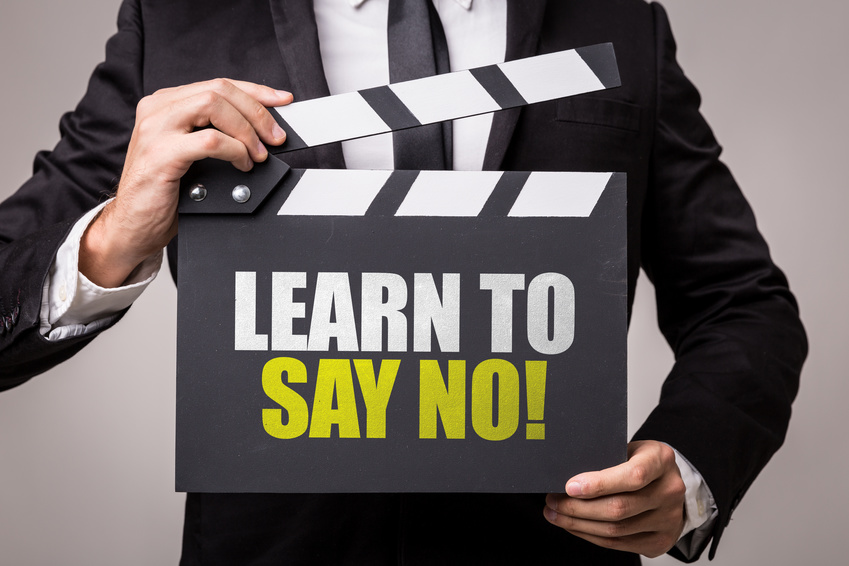 The simple two-letter word, “NO,” yet saying it can feel really complicated. For many, saying no doesn’t just feel awkward but also upright wrong.

So, despite having thousand other things to do, you end up saying “Sure! Yes! Happy to!” when someone asks you for anything. This people-pleasing habit later builds up and leads you to burnout.

However, did you know that saying no is not a bad thing? In fact, only by saying no can we concentrate on things that actually matter.

But, how can you learn the crucial life skill of saying no? Phoenix Ash, from the Life as P podcast, shares why it is okay to say no.

Here are the takeaways to the show:

Why is Saying No So Tough?

According to psychologist Dr. Vanessa K. Bohns, most often, people agree to things simply to avoid the discomfort of saying ‘no.’

Humans are social creatures who desire to belong to the herd while preserving their relationships.

Dr. Emily Anhalt, co-founded Coa, an online mental fitness club, says that we might blurt out yes because we don’t want to appear difficult.

It’s Okay to Say No

Saying no is one of the most effective ways to care for yourself. When you struggle to deny in professional or personal situations, it is better to remind yourself that your self-preservation is passing things up.

Phonix says, “people trick us into believing that if these things are truly important to you, you will be there.”

Under such circumstances, saying no supports us in:

Ultimately, saying no puts us back in the driver’s seat of our life, handing us more control towards our destinations. Finally, it grants us the opportunity of building a meaningful and fulfilling life on our own terms.

How to say no?

Saying no is a life skill. It will feel awkward, rude, or wrong at first, but you will get better with practice.

However, when you permit yourself to say no, you are also allowing others to say it to you. This deeper understanding can actually help ease out some of our relationships.

So, how to say no? Here are four strategies you can use to say no without feeling guilty, rude, or wrong:

A vague answer can make the conversation awkward and confuse the requester. Perhaps they wonder, “Am I supposed to make any other suggestions or accommodations?” or “Do they want the promotion but would prefer to negotiate?”

Alternatively, a flimsy no invites difficult people to bombard you with their demands.

Therefore, it is best to be clear with your no, so that there is no confusion as to what you are trying to say.

A simple no can be a complete sentence. Let this hit home.

While saying no, refrain from giving excuses. If you have to give reasons in regards to why you have to make a decision, you come along as a very uncertain person.

Therefore, you want to be firm with your decision and stick to it without vindicating.

Furthermore, if you start with excuses with somebody in a dominating position like your boss, they start nit-picking on your story. Eventually, you may end up giving in.

Therefore, the more excuses you make, the more chances they have of hooking you back into saying yes.

When a request comes from a person you deeply care about, you might have difficulty saying no. But, what if you truly can’t go out on a movie with them?

Simply saying no without any excuse can be rude in this case because you are sincerely grateful for being asked.

The best way out, by all, mean is to shower the other person with appreciation and genuine gratitude for considering you. But, still, stand firm to a no.

This will help you keep the relationship clear and affirmative.

Even if you say no, in the interest of courtesy, you may wish to assist the recipient in some other way. Perhaps you could suggest another time or another option.

The ability to say no is an important life skill. Even if you don’t always have to explain yourself or offer a Plan B, it’s often worth taking the time to be kind.

People have a hard time saying no. So we blurt out yes to requests we’d prefer to decline — and then regret it later.

However, being honest about our feelings, needs, and limits leads to a healthier, more genuine relationship, she says.

Furthermore, saying no and honoring your feelings, needs, and limits will improve your overall health and life.

Learning to say no is something everyone can do. The trick is to keep practicing.

Tune in and listen to Phoenix’s personal experience of facing rejection, and learning how accepting and saying no is the road to giving and receiving yes.

No As A Road to Yes

FacebookTwitterRedditEmailLinkedInWhatsApp
Liked it? Take a second to support Anshika Mishra on Patreon!

How to Build an Emergency Fund: A Complete Beginner Guide

An emergency fund or contingency fund is an amount of money saved specifically to deal with unexpected life events. Therefore, it becomes...

6 Key Principles of Personal Financing: A Guide to Surviving the Recession

Do you remember the great recession of 2008 when the subprime mortgage crisis, starkly falling stock market, and crashing real estate...

Podcast Engagement: 6 Way to Engage with Your Audience

Looking for the best way to boost your podcast engagement? Podcasting is so much more than mere content creation. As a host, you have to...

SayWHA Blogs
How to Say No Effectively: No as a Road to Yes
Loading Comments...